Have you been duffed? Thought you were the apple of someone’s eyes, thought you are the only one a person thinks about, thought you are a very unique thing to some one… and all of a sudden, something or someone appears and then you noticed that you are being used to get the attention of this new or more good looking person by the one you thought was only in for you. 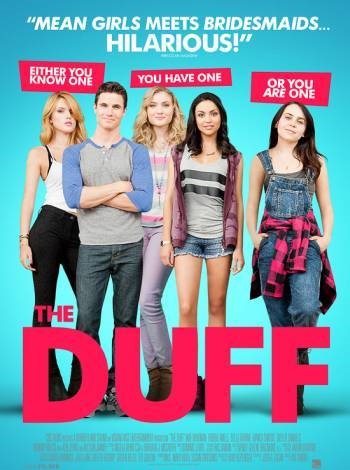 And when it really stings the most is when you really like someone and finally when you thought he/she has noticed you and a day/date is planned and at the middle of it all, all the conversations, questions, and interest shown from this person is based on ways to know or get to your friend better instead of you! Are you DUFFing me!?

Now, let me start by saying nobody can 100% sit on and define the actual meaning of beauty and what has made it worse is everyone has their own different skeptical idea of the meaning of beauty and puts stigma or tags the ones who doesn’t fit in their own idea as ugly. Which is wrong! Nobody is ugly! Everyone has their own preferences but that doesn’t give you the right to tag anyone who isn’t as ugly or not as fine or straight or fat or whatever awful names.
That is inhumanity. .

Watch as the high school girl gets a wake up call when she finds out that she is being used by her friends and tagged as THE DUFF by others, she was cyber bullied, the invisible one between she and her two best friends, ridiculed and DUFFed by the guy she likes; she begins to find herself, shunned the stigma, steps up and she teams up with her male childhood friend and begins a social make over.

SUpport Us With Crypto